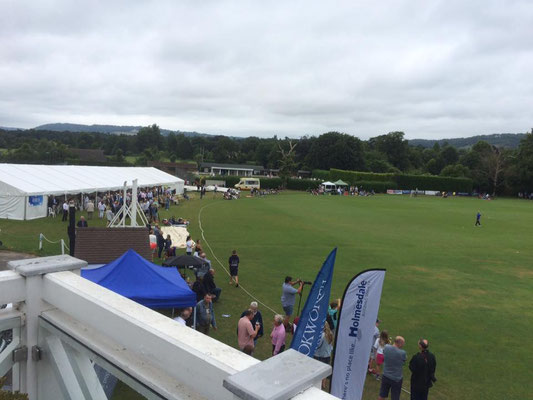 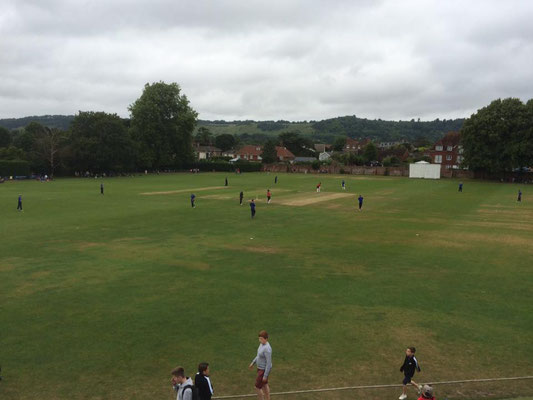 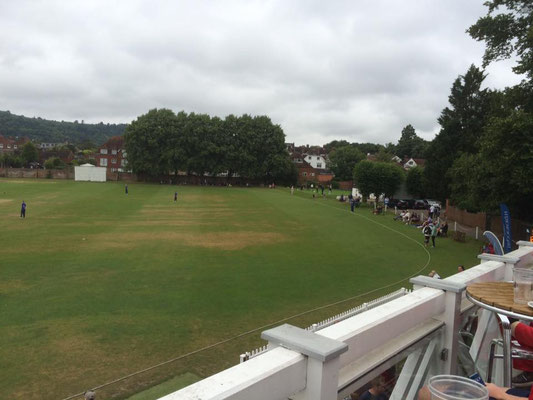 Switzerland played the “curtain raiser” to a charity match organized by English cricketer Jason Roy. A crowd of about 1500 people attended this event which was a first time experience for the Swiss U19s. Reigate Priory CC won the toss and elected to bowl first. Aidan A and Callum H gave Switzerland a great start with a partnership of 48 runs in 5 overs scoring 21 and 20 runs respectively. Jai S kept up the good run rate scoring an amazing 50 of 34 balls. Switzerland finally put on board 165 runs for 8 wickets.
Jai S gave the perfect start for Switzerland taking 2 wickets in the 2nd over. However, the next 2 batsmen brought Reigate Priory CC to 143 runs in the 19th over. 19 runs was then required in the last over and a good tidy over by Ashwin V helped Switzerland win the match by 10 runs. Jai S was the pick of the bowlers taking 3 wickets for 27 runs in 4 overs. Jai S got the Man of the Match award given by Jason Roy. This was a great victory for Switzerland especially playing in front of a big crowd including some celebrities such as Jason Roy and Jade Dernbach.

Playing in front of a crowd at Reigate Priory is certain to rate as one of the highlights of the Swiss U19s Surrey tour (26th-29th July 2016). 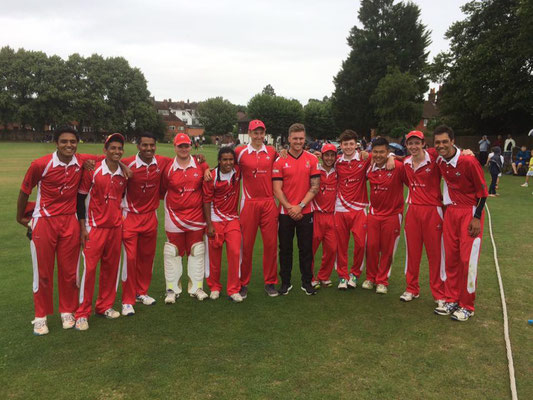 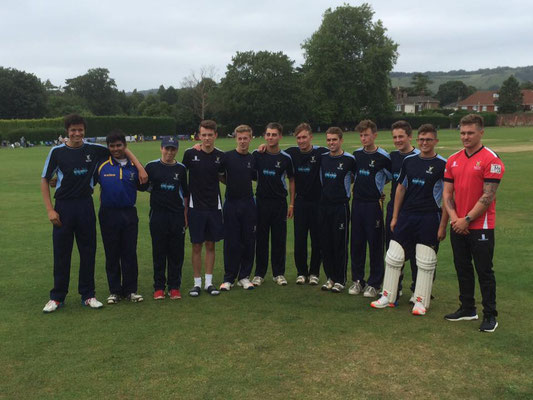 You can can also read the report containing match reports of all thee other games in the Switzerland U19s tour to Surrey, England.