The British Classic Car meeting in St. Moritz is the highlight for friends of classic British cars. It combines elegance and class in the breathtaking Engadin Alpine world.

Around 200 British old-timers and classic cars, from Rolls-Royce & Bentley to Aston Martin & Lagonda, from Jaguar & Daimler to Austin-Healey & Healey, have met in St. Moritz every July since 1994 to take part in outings, reliability tests (rally) and the Concours d'Elégance.

The 20th British Classic Car Meeting will be held in St. Moritz in the summer from 11. - 14.  July 2013 and provides a perfect opportunity to play cricket as well!

For further information on the cricket match contact Daniel Häring. 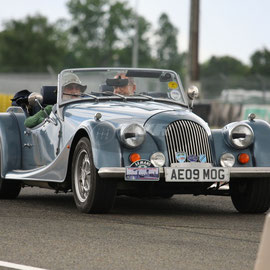 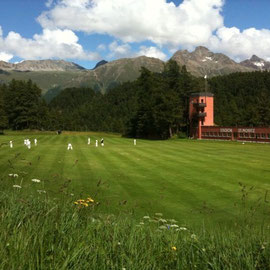 Read about the inaugural Cresta Run cricket match in 2012.